Having recently done a few multi-day solo tramping trips I’ve gotten reasonably good at throwing together a menu that keeps me going, doesn’t cost the earth and tastes decent. I thought I’d use my recent Travers Sabine trip as an example.

A few other things I try and keep in mind:

Here’s the food I took for 5 nights / 5(ish) days on the Travers Sabine: 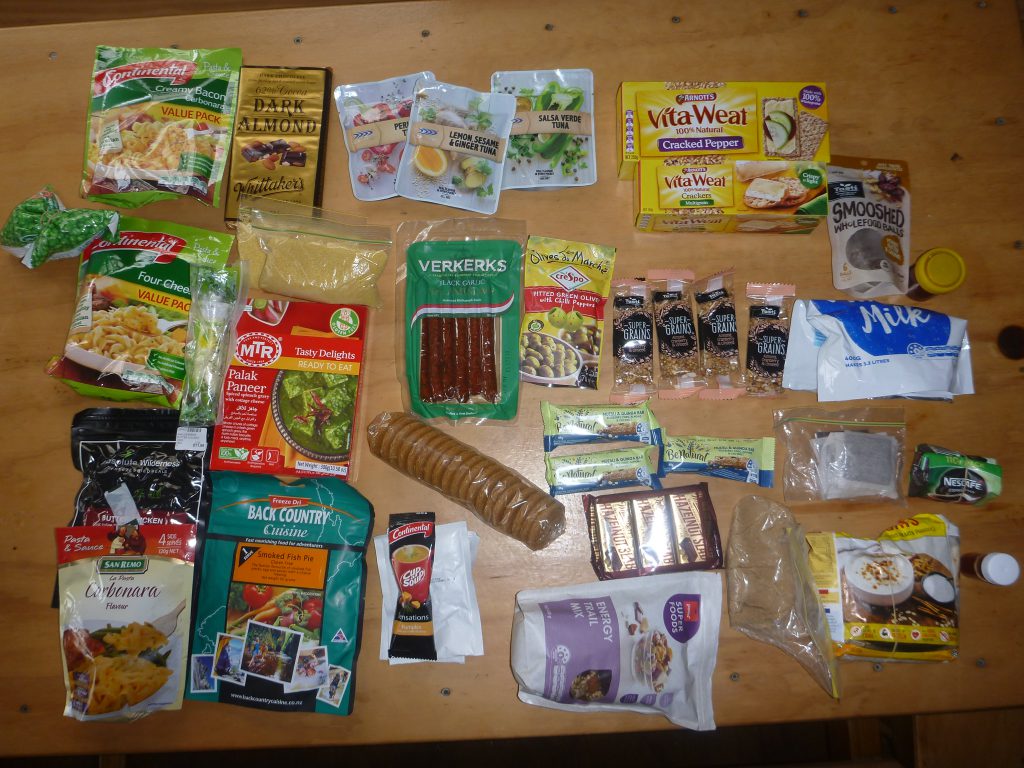 Here’s how that breaks down: